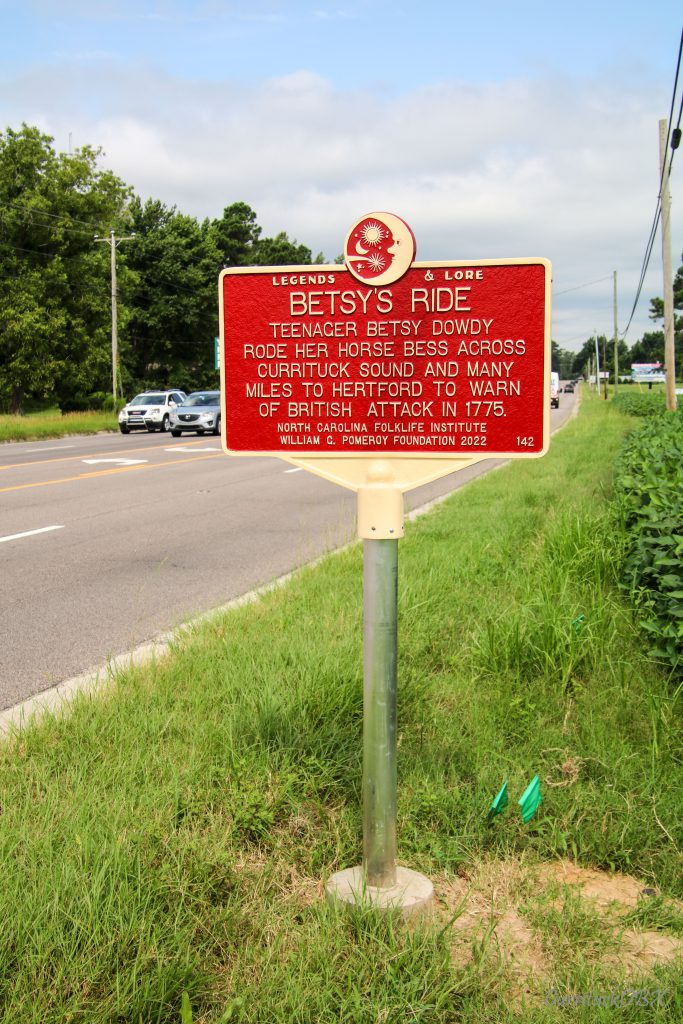 The William J. Pomeroy Foundation recently awarded Currituck County a grant for a Legends & Lore roadside marker commemorating Betsy Dowdy’s legendary ride from Corolla to Hertford, NC in in December of 1775. Initiated by Currituck Travel & Tourism, this grant will make visitors aware of this very special story of our very own Currituck “Paul Revere.” After hearing that Lord Dunmore, a British officer had moved to Norfolk, VA, teenage Betsy, fearing for her family’s farm and livestock, snuck to the stables and mounted Black Bess, her Banker horse. Under the shield of darkness, she headed to Perquimans County to bring this message to the nearest North Carolina militia at Hertford. On this very cold night, horse and rider had to wade and swim the Currituck Sound, and then ride more than 50 miles to reach the rebel militia commanded by General William Skinner. Black Bess, her genetic stock directly linked to the Spanish Mustangs of the Conquistadors, was up for the challenge and by the morning of December 9th the message was delivered.

Skinner ordered his men north to Great Bridge, VA, and although they are too late to join in the battle that was a resounding rebel victory, the 100 troops he brought with him convinced Dunmore that the rebel forces were too strong. The governor and his forces evacuated to ships in the harbor.

This marker can now be viewed southbound on Highway 158 before the Dollar General in Barco, NC.