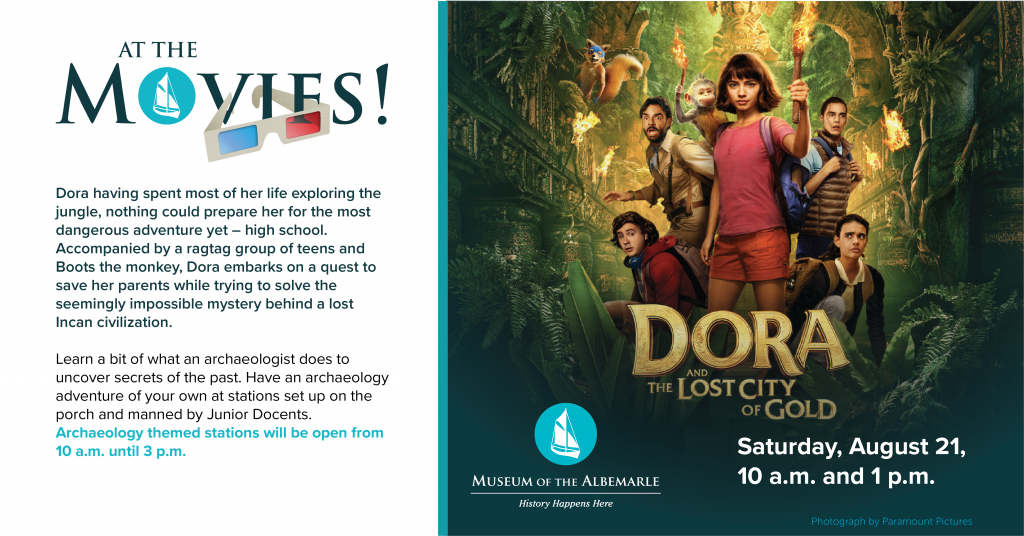 The Museum of the Albemarle will host a showing of the feature film Dora and the Lost City of Gold on Saturday, August 21st at 10 a.m. and again and 1 p.m.

Dora spent most of her life exploring the jungle however nothing could prepare her for the most dangerous adventure yet – high school. Accompanied by a ragtag group of teens and Boots the monkey, Dora embarks on a quest to save her parents while trying to solve the seemingly impossible mystery behind a lost Incan civilization.

Learn a bit of what an archaeologist does to uncover secrets of the past. Have an archaeology adventure of your own at stations set up on the porch and manned by MOA Junior Docents.  Visit the stations before or after the film. Stations will be open from 10 a.m. until 3 p.m.