Join us for the Currituck Chamber of Commerce’s 2022 Coastal Economic Summit, Wednesday, November 16, 2022 9:00am – 12:00pm at the Currituck Cooperative Extension Center, for the Northeastern North Carolina coastal region’s economic forecasting event, presented by Chesapeake Regional Healthcare, sponsored by Twiddy & Company Realtors and Towne Insurance Agency.  The Summit presents the opportunity for attendees to gain insights on the future of the northern Outer Banks economy as we inform and provide outreach opportunities surrounding current issues affecting the North Carolina coast’s Outer Banks tourism industries and communities, such as housing, workforce issues, and service areas.

While the Outer Banks is experiencing many of the same challenges as the rest of the country and the world, our leaders are focused on both our short-term recovery and long-term growth and strength. The Coastal Economic Summit will focus on our current economic state and the ways in which this landscape will help shape the economic future of the region. 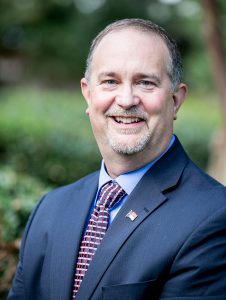 Eric Boyette was named secretary for the N.C. Department of Transportation by Governor Roy Cooper in February 2020. As transportation secretary, Boyette oversees one of the largest state-maintained highway systems in the nation, and all modes of transportation, including aviation, ferries, rail, public transit and bicycle and pedestrian transportation, as well as the Office of Civil Rights and Division of Motor Vehicles.

Boyette brings more than 25 years of state government experience in various roles, with responsibilities ranging from technical to financial practices. He has been recognized numerous times for serving North Carolina with distinction. In 2019, he was awarded Golden Gov: State Executive of the Year and GovTech’s Top 25 Doers, Dreamers & Drivers. He was also named Public Sector CIO of the Year by NC Tech (2019) and the Triangle Business Journal (2016). He received the Old North State Award in 2017, and achieved Eagle Scout rank, the Boy Scouts of America’s highest award, in 1989.

Boyette earned a Bachelor of Science from Barton College. He is a Kenly native, where he lives with his wife Dana, son Jay and daughter Morgan, and serves on the board for the Kenly Volunteer Fire Department. 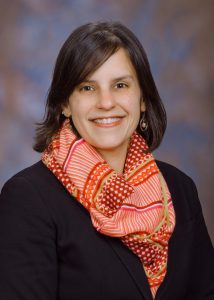 Sonya Ravindranath Waddell joined the Research department of the Federal Reserve Bank of Richmond in January 2008. She has responsibility for the regional and community development research area within the department, including the data analysis, publications, and survey work of the unit. In addition, she directs the incorporation of regional information into FOMC policy preparation for the Richmond Fed. Her work involves analyzing economic trends, writing for a variety of publications, and presenting on regional and national economic conditions.

Prior to joining the Richmond Fed, she worked as an economist in the Virginia Department of Planning and Budget and at ICF International in Washington, D.C.

She received a B.A. from Williams College in 2001 and an M.S. in Applied Economics from the University of Wisconsin-Madison in 2006. 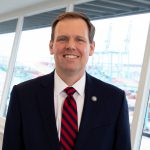 Chris Gullickson joined The Port of Virginia in August of 2013.  He currently serves as Director, Development and Transportation Policy, with the responsibility of engaging the Commonwealth, regions, and cities to promote and secure industrial land zoning and transportation freight planning to establish the land bank needed for developers and the road and highway improvements for freight growth.  In addition, Chris played an active role in repositioning Portsmouth Marine Terminal as the premier East Coast Offshore Wind staging and load-out port; he also leads the efforts at the Port to promote outside-the-gate development of the Offshore Wind supply chain.

Prior to joining the port, Chris spent seven years at the Hampton Roads Economic Development Alliance (HREDA).  He served as Vice President of the HREDA, charged with attracting new businesses to southeast Virginia.  During Chris’s time with HREDA, he successfully assisted numerous companies in locating to the Hampton Roads region.

Chris and his wife, Danielle, reside in Chesapeake, Virginia.  They are the proud parents of two daughters, Elle and Emmeline.

Prior to the Kitty Hawk Offshore Wind project, McLeod was the Vice President of Communications and Membership for the Virginia Maritime Association (VMA), a trade organization advocating on behalf of maritime industries, which included active promotion of offshore wind development in the Mid-Atlantic Region.   She has been the executive director of several non-profits, as well as an elected member of the Virginia Beach School Board.

McLeod’s community leadership is varied. She currently serves on the Governing Board for WHRO (PBS affiliate), Propeller Club of Norfolk and received an appointment to the Virginia Offshore Wind Development Authority.  She completed her terms as a member of the Girl Scout Council of Colonial Coast Board of Directors and Sister City Association of Virginia Beach Board of Directors, among others.  Her civic engagement began as President of Campus East Homeowners Association, founding member of Northwest Beach Partnership, PTA President at Old Donation School and Co-Chair of the VA Beach City Public Schools Facilities Steering Committee.

Ashley is a graduate of the Sorensen Institute’s Political Leadership Program at University of VA (2014) and the Civic Leadership Institute (2017).  One of her proudest accomplishments is the Maritime Leadership Certificate Program she established while with VMA, inspiring a new generation of maritime leaders.

Ashley has two adult children and lives in  Virginia Beach. She is an Elder at Bayside Presbyterian Church where she sings with the praise band and is a youth advisor. Ashley enjoys scrapbooking, gardening, baking, book club, good wine and craft beer.

*Kitty Hawk Offshore is a project of Avangrid Renewables, a subsidiary of AVANGRID, Inc. (NYSE: AGR), and part of the IBERDROLA Group, an energy pioneer with one of the largest renewable asset bases in the world. AVANGRID is at the forefront of transforming the way the U.S. produces and uses energy. Strongly positioned to develop, build, and operate the clean energy infrastructure of the future, Avangrid Renewables is already generating power from more than 60 renewable energy projects for its utility-scale customers in the United States, helping lead America’s transition to a renewable energy future and playing a leading role in the growing U.S. offshore wind industry. Avangrid Renewable’s energy projects around the country, including the Amazon Wind Farm in northeastern North Carolina, have brought substantial long-term economic benefits to local businesses, schools and communities. Proud to be a part of the communities where we live and work and are excited to work together with stakeholders in Virginia and North Carolina on Kitty Hawk Offshore to create lasting benefits for generations to come. 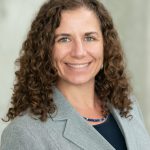 In her role as Assistant Secretary, Jennifer is helping to lead North Carolina’s efforts to secure economic development and workforce opportunities in the increasingly important clean energy sector.  She is a key player in the development of the state’s resources for offshore wind energy, working with colleagues across the Cooper Administration to advance offshore wind through policy, regulatory, and economic development work.

As part of this work, Jennifer serves as Governor Roy Cooper’s named Point Person to the North Carolina Renewable Energy Task Forces of the Bureau of Ocean Energy Management (BOEM).

Prior to her work at Commerce, Jennifer served as Senior Policy Advisor in the NC Department of Environmental Quality working with then-DEQ Secretary, now EPA Administrator Michael Regan. Prior to her work at DEQ, she spent more than a decade as a nonpartisan Senior Legislative Analyst at the North Carolina General Assembly.

Jennifer graduated with dual bachelor’s degrees in Environmental Science and Political Science from Virginia Tech and earned a Master’s of Science in Public Health from the University of North Carolina at Chapel Hill. 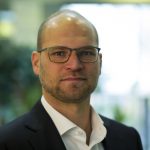 Matt’s role at the Alliance is to develop and promote Hampton Roads as a clean energy hub, including the offshore wind industry.

Before joining the Alliance, Matt was a Senior Regional Planner at the Hampton Roads Planning District Commission. He worked in the areas of strategic, environmental, and comprehensive planning. Matt came to the HRPDC from the City of Hampton’s Community Development Department where he helped begin Hampton’s resilience planning program.  Prior to his career in community development, Matt worked for a member of the U.S. House of Representatives and for a research and consulting firm.

Matt is a native of Hampton Roads. He has a master’s degree in Urban and Regional Planning from Virginia Commonwealth University and a B.A. in American History from Washington and Lee University.